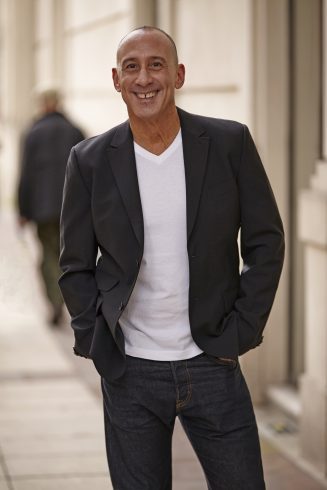 Fred, the author of Going Global: An Expert’s Guide to Working Abroad in the International Fitness Industry and the recipient of the 2019 IDEA China Fitness Inspiration Award and the  2007 IDEA Fitness Instructor of the Year Award, has been working in the fitness and health industry for more than thirty-five years. A former registered respiratory therapist, he holds a Masters Degree in Health Education and is certified by the American College of Sports Medicine (ACSM) and the American Council on Exercise (ACE). Fred was born in the USA and attended university in Boston where he also began his career. He has been living in Paris, France since 1989.

Fred’s enthusiasm and expertise have taken him to nearly 50 countries on six continents to speak at over 200 conferences and conventions, present workshops and master classes, conduct staff training, and serve as a consultant on various projects. He has authored numerous articles and has appeared in over 180 international journals, magazines, newspapers, and e-media. Fred is a four-time finalist for the ACE Group Fitness Instructor of the Year Achievement Award, and in 2001 he was elected to the International Who’s Who of Professionals.

During his long career, Fred has collaborated with numerous companies and organizations on a variety of diverse projects. He is currently engaged with several companies for regular speaking engagements and recently has written several feature articles for Club Business International (CBI) and conducted webinars for IHRSA and the Association of Fitness Studios. In 2017 Fred worked as a strategic advisor to SoulBody Barre for their international market development. In Spring 2017 he worked as a social media consultant for the OECD Annual Forum, managing a team of volunteers during the event. In 2016 Fred worked with Sveltus France to create a foundations program and user manual for the Elastiband, the company’s signature product. In addition, he created a full-day Elastiband training course for fitness instructors and personal trainers. Fred was the European Education Coordinator for BOSU from 2013-2015 and in 2014-2015 was a lead consultant for KeepCool, a large chain of fitness clubs in France.

Previous positions that Fred held include the International Education Development Director for Batuka and the Director of International Services for Club Synergy Group, a network of award-winning specialists in the health club and spa industries.

In 2005 and 2006 Fred held the position of Fitness and Lifestyle Director for Buddha-bar Spa, where he played an integral role in the development of the company’s first Spa. In 2004 Fred completed a 7-month mission in Moscow as the Fitness Director for the Reebok Sports Clubs in Russia.

Fred Hoffman is one of the great treasures in the world of health and fitness, a true pioneer and leader who has done it all in this field.  Global teacher, conference presenter, training expert, consultant, writer, and now social media expert, Fred is a man of many talents.  Plus he is a wonderful person, who I had the privilege of working with on the ACSM Health & Fitness Summit Committee for a number of years.  Because of his grasp of the industry, and experience in professional development, Fred’s voice was always respected, and right on with his recommendations and observations.  There aren’t too many fitness professionals who have the background, knowledge, and experience of Fred Hoffman.
Michael Spezzano
Health & Fitness Consultant, Former National Health & Fitness Director, YMCA of the USA

who I've been working with

I'd Love to Work With You!